Framlingham Castle is a fabulous example of a medieval castle in Suffolk and it’s a great place for a day out with the family. I would say that it is the best castle in England but that would be totally biased because I am from Framlingham and have many fabulous childhood memories visiting Framlingham Castle.

It is undisputedly one of the best-preserved medieval castles in England though with its Tudor chimneys being the oldest surviving examples of Tudor chimneys in the country.

Not only is Framlingham Castle of great historical importance, but it is also a fun day out for kids in so many ways.

Our boys love to visit the castle when we go and stay with my parents so make sure to put it on your Suffolk with kids to-do list and read below for all you need to know to plan your visit. 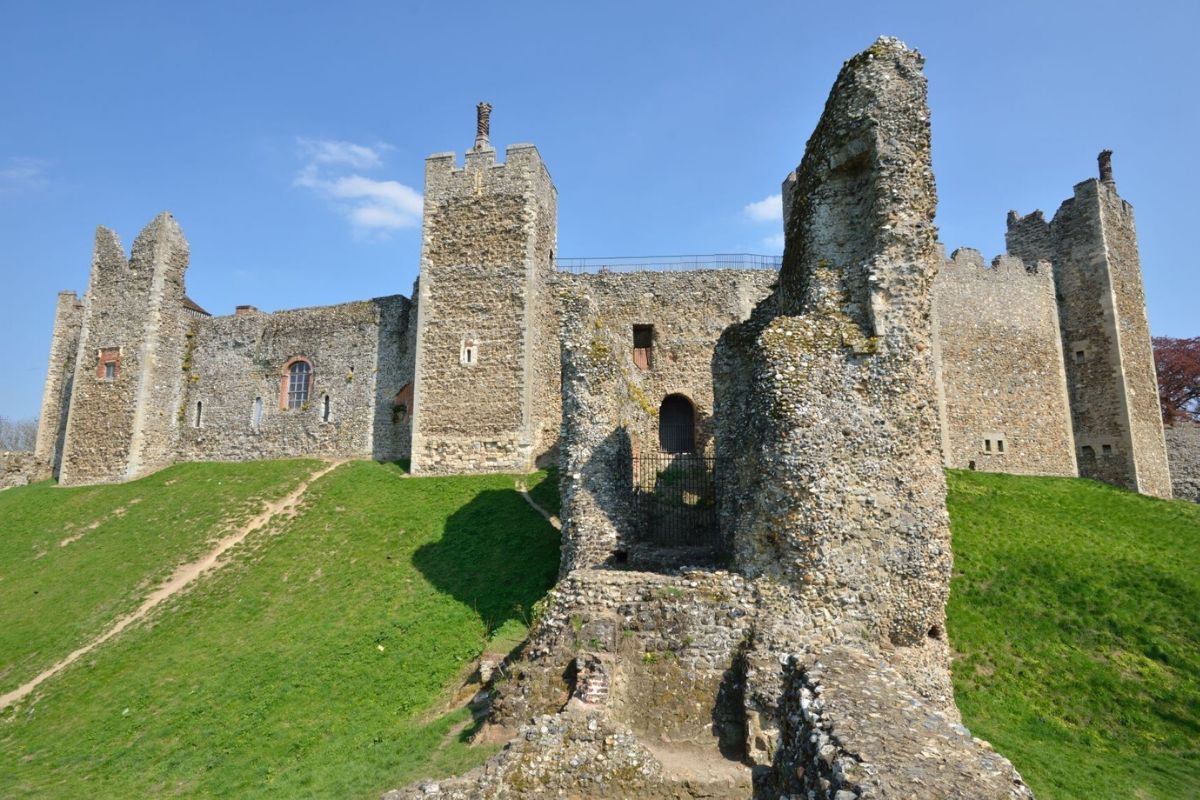 Where is Framlingham Castle?

If you find yourself in the main market square, head up Church Street, past the church on your left and the castle is straight ahead. 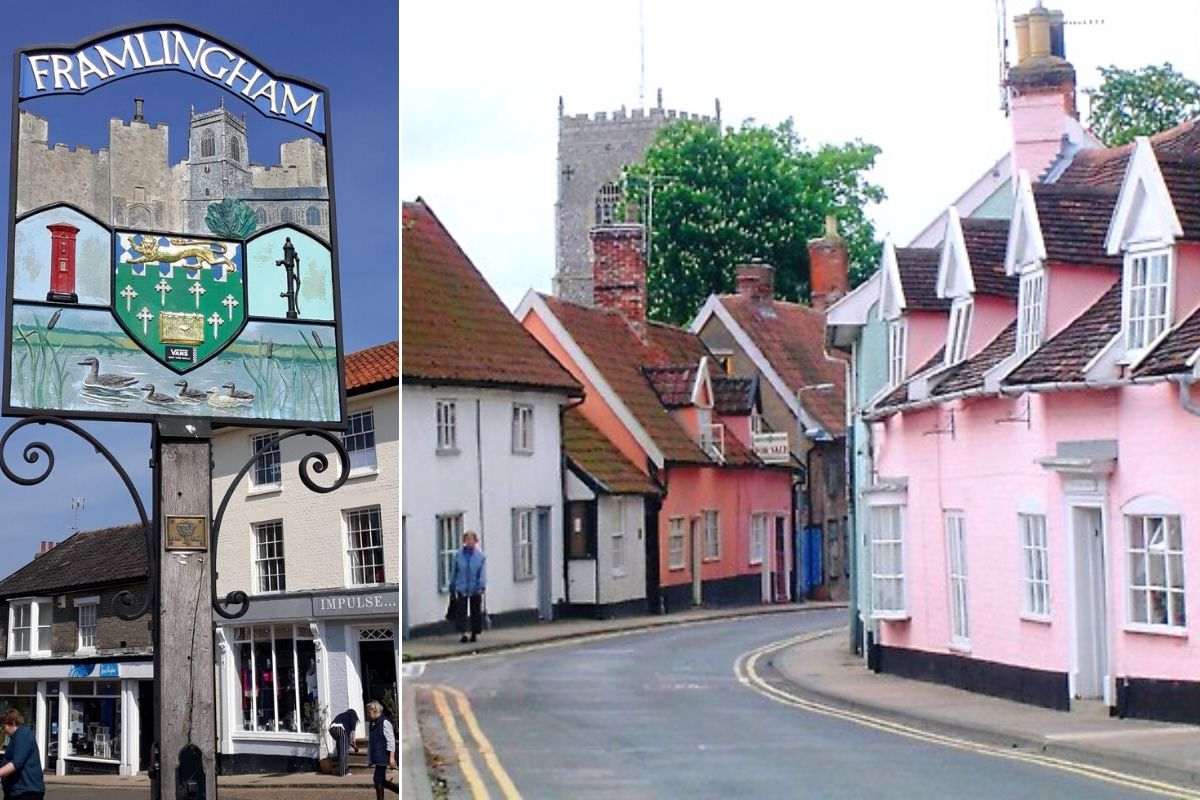 Framlingham Castle is open to the public year-round. The normal opening hours are from 10 am to 6 pm daily.

The ticket office is in the main car park. 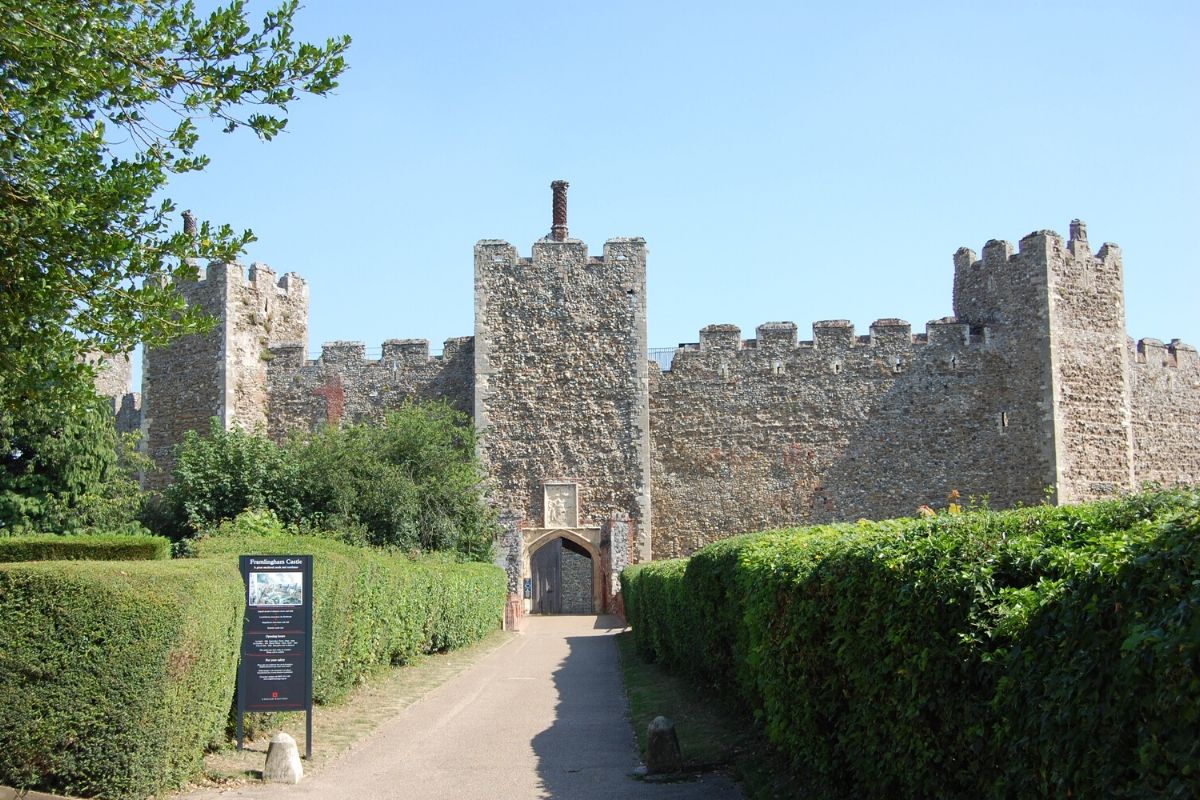 The entrance to Framlingham Castle by the ticket office

There is a small car park at the castle. It’s accessed by driving past the Castle Inn pub towards the castle and taking a left just at the ticket office. If this gets full, there’s an overflow car park opposite on the Castle Meadow. Parking is included in the ticket price and free for English Heritage members when not visiting the castle.

The castle dates back to the 12th Century. It was originally built as a simple Motte and Bailey castle which was destroyed by Henry II in 1173 after an unsuccessful attempt to overthrow him. In 1189 Roger Bigod, Earl of Norfolk, built a formidable curtain wall structure with 13 mural towers. This is the castle that we see today.

In 1533, Thomas Howard, 3rd Duke of Norfolk, presented his niece, Anne Boleyn, to King Henry VIII for marriage. In 1543 it was the turn of another niece, Catherine Howard. Both of his nieces were beheaded and Thomas Howard fell from favour in 1546 and imprisoned in the Tower of London. He would have been beheaded but King Henry VIII died in 1547 before this could happen.

In 1552, Mary Tudor, eldest daughter of King Henry VIII inherited the castle. It was here that she was proclaimed the first Queen of England in 1553 and reigned until her death in 1558 when her sister, Elizabeth I, claimed the throne. Under her rule, Framlingham Castle became a prison and fell into disrepair.

In 1635, wealthy lawyer, Robert Hitcham, bought the castle and created a workhouse for the poor. The workhouse closed in 1839. In more recent history, Ed Sheeran, who comes from Framlingham, wrote his song Castle on the Hill about Framlingham Castle.

This video from English Heritage gives a great overview of the history of the castle. 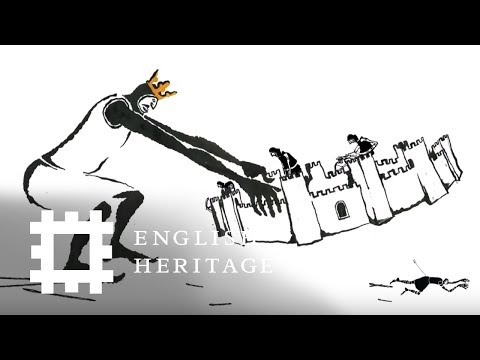 Things to do inside Framlingham Castle

Once inside the castle, you can climb 10.5m up to the walkway that takes you around the top of the curtain walls. You will have fantastic views across the Suffolk countryside. You’ll also get to see the impressive Tudor chimneys up close.

Visit the Workhouse which is the only surviving building inside the walls of the castle and view the exhibition space where you’ll be able to learn more of the history of the castle.

There is a range of family-friendly activities inside the castle, from the ‘Under Attack’ family trail to a dressing up box and fun and educational games.

There’s a small gift shop with lovely gifts and souvenirs from the local area and a café serving a selection of Tudor inspired dishes (as well as standard fare if you or the kids are not feeling that adventurous). 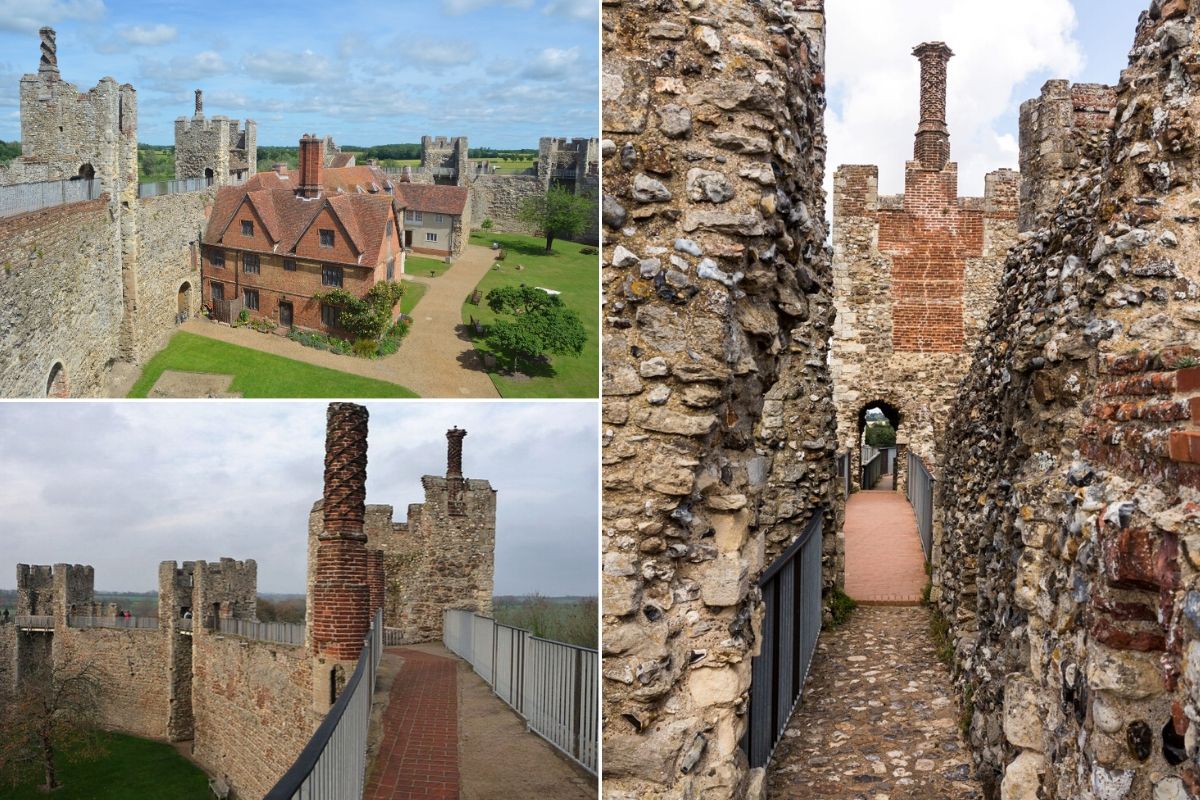 You will love the views across the mere from the castle towards Framlingham College, a beautiful Victorian building.

There’s also a lovely walking trail around the Framlingham Mere Nature Reserve. Note that visiting the area outside the castle is completely FREE. 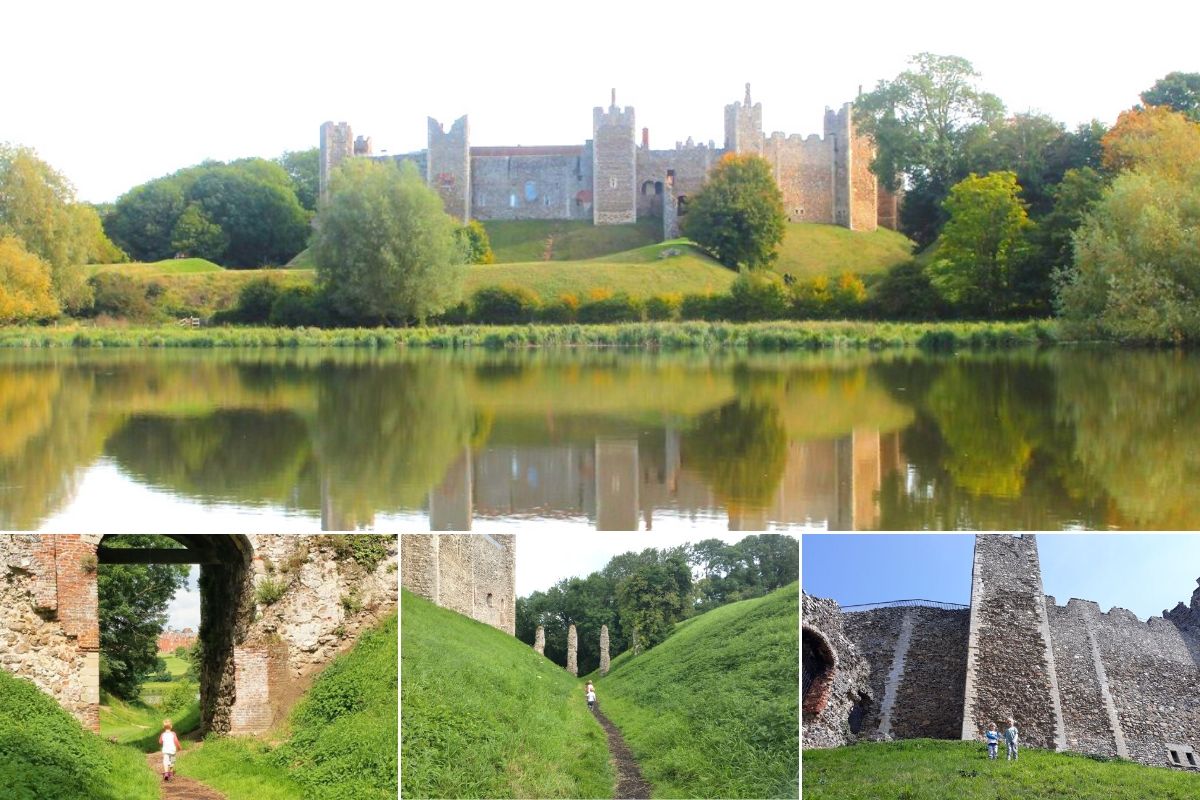 Throughout the year there are various events that take place at the castle. You should check the English Heritage website to see if there is something that may be on during your visit.

There are events through the year that take place outside the castle too such as the Framlingham Gala (a 3-day festival usually held over the bank holiday weekend at the end of May). During the winter months, the castle area is very popular for cross country races with large gatherings. It’s fun to go and cheer on the competitors.

Places to Eat and Drink in Framlingham

One of our favourite things to do when visiting the castle (on a dry day) is to take a picnic and find a spot just outside the castle walls. We don’t always go into the castle these days because we’ve been so many times, but it’s a lovely place if you just fancy a picnic. Some say that the views across the mere to the castle are the best inland views in Suffolk.

The Co-op supermarket is just on the main square, about 100 m down from the castle where you can stock up on picnic items, or you can visit Leo’s Deli just at the bottom of of the market square, down from the Crown Hotel, tucked away in a corner. It has some delicious homemade goodies that are perfect for a picnic. 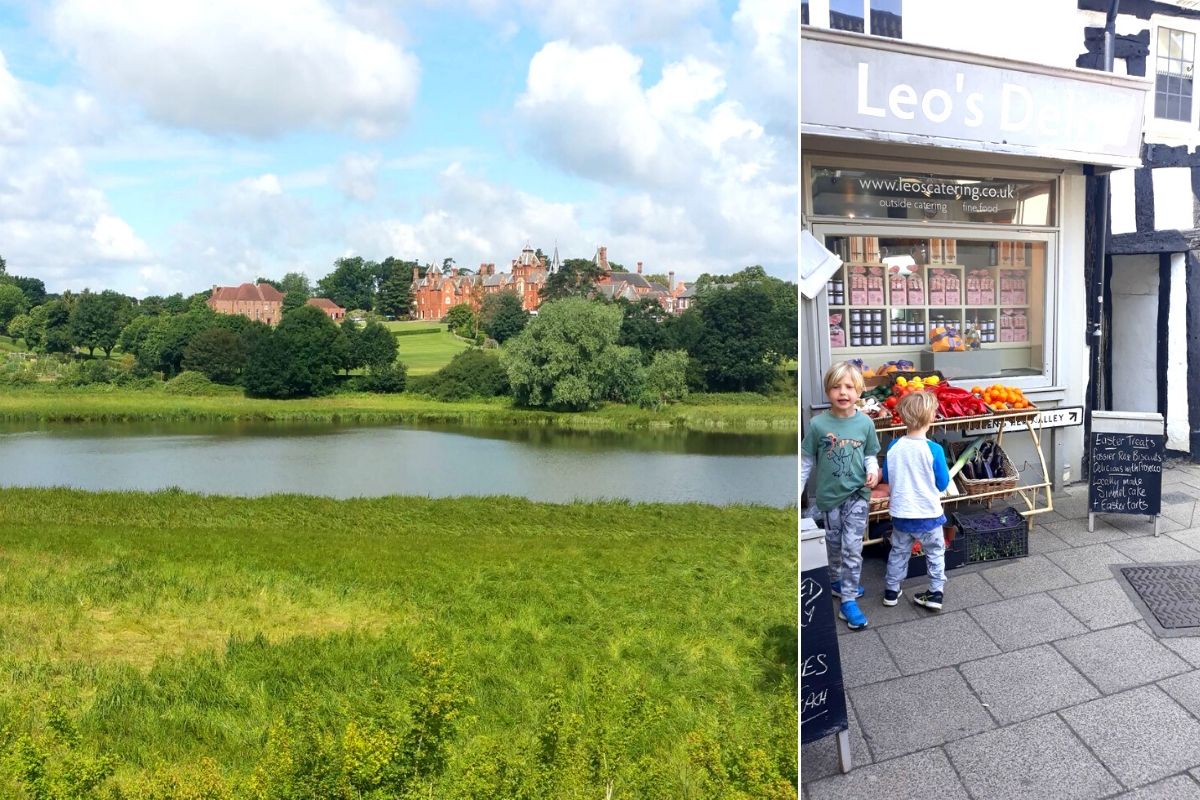 There are so many family-friendly pubs in Suffolk and Framlingham is no exception. Here are a couple of recommendations for great food.

The Castle Inn Framlingham – right next door to the castle it’s the closest place to eat outside the castle serving traditional pub food.

The Crown Framlingham – located right on the market square, somewhere in between an upmarket pub and a restaurant. 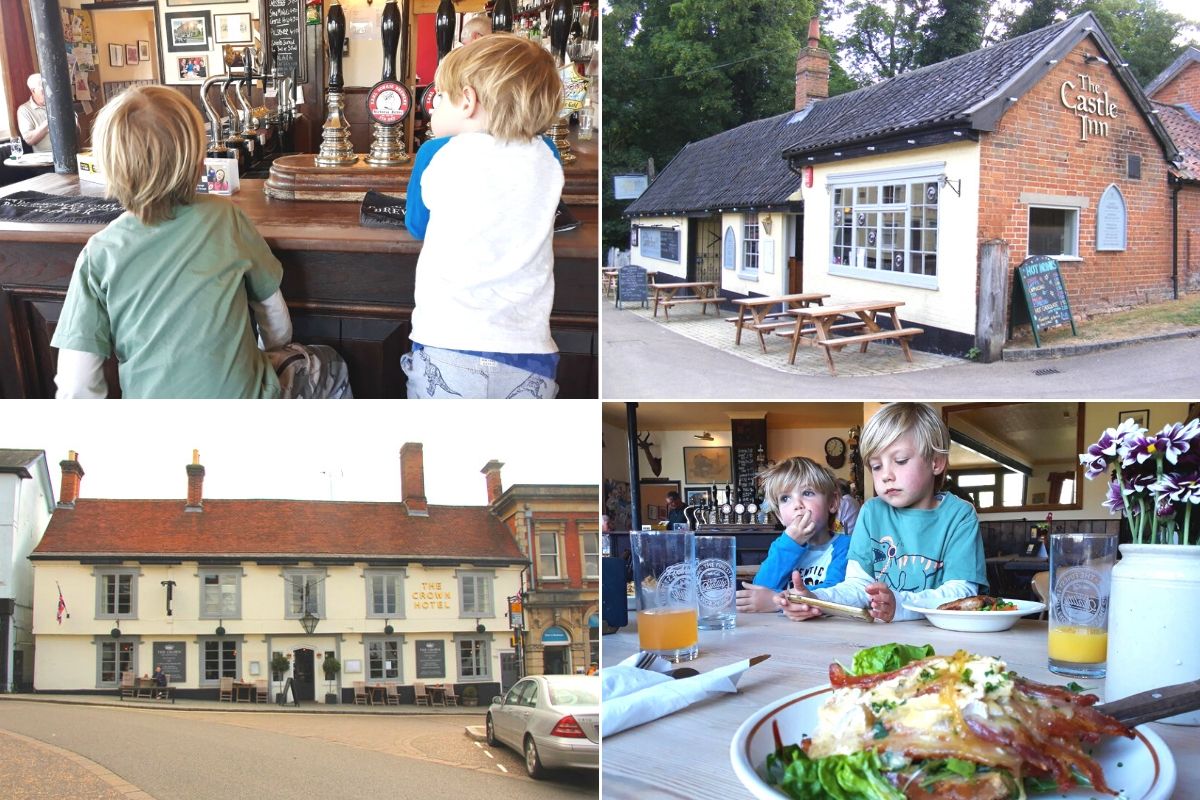 Have you even visited the castle if you haven’t had an ice cream there? Good job there are 2 ice cream parlours right next to the castle. One is part of the Castle Inn and the other is just across the road. 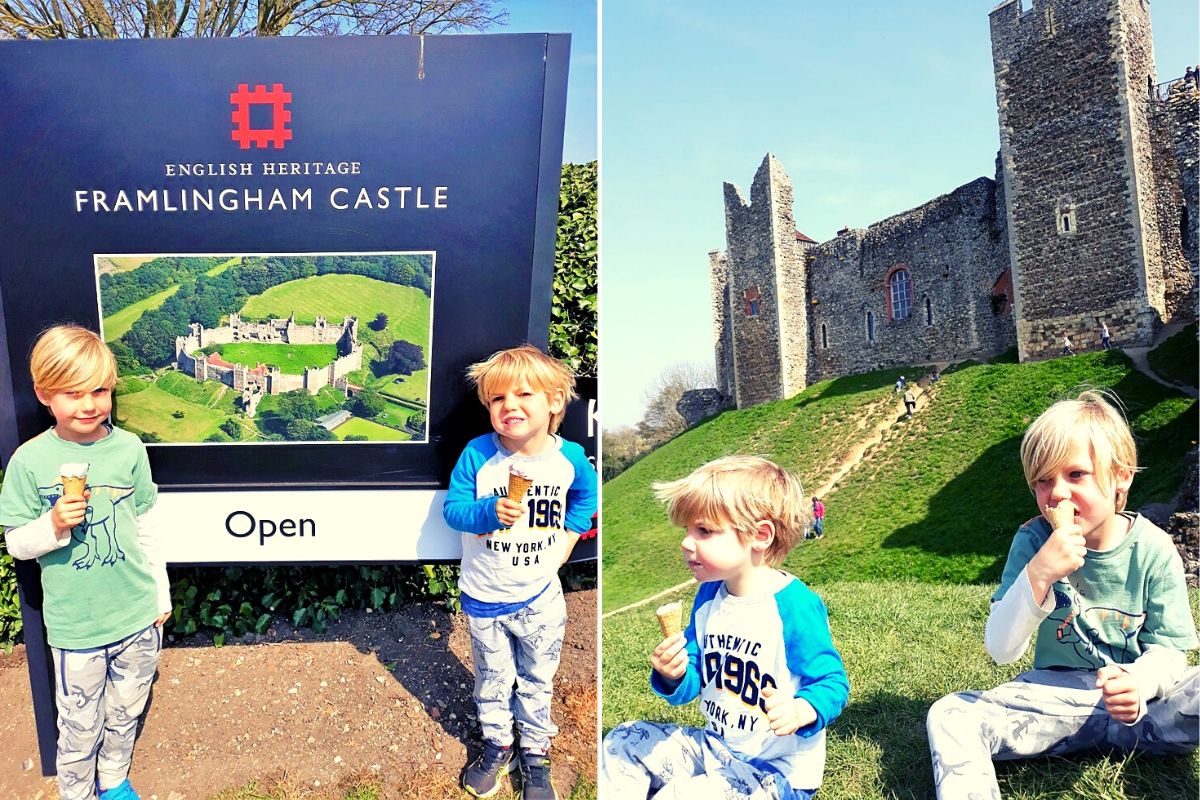 Accommodation in and around Framlingham

The Crown Hotel Framlingham is the only hotel in town. The refurbished coaching inn dates back to 16th century when it was reportedly built to accommodate Queen Mary’s knights when she visited the castle in 1554. It is full of character and charm and has some lovely rooms, including this beautiful four poster bedroom. They have rooms for families too. 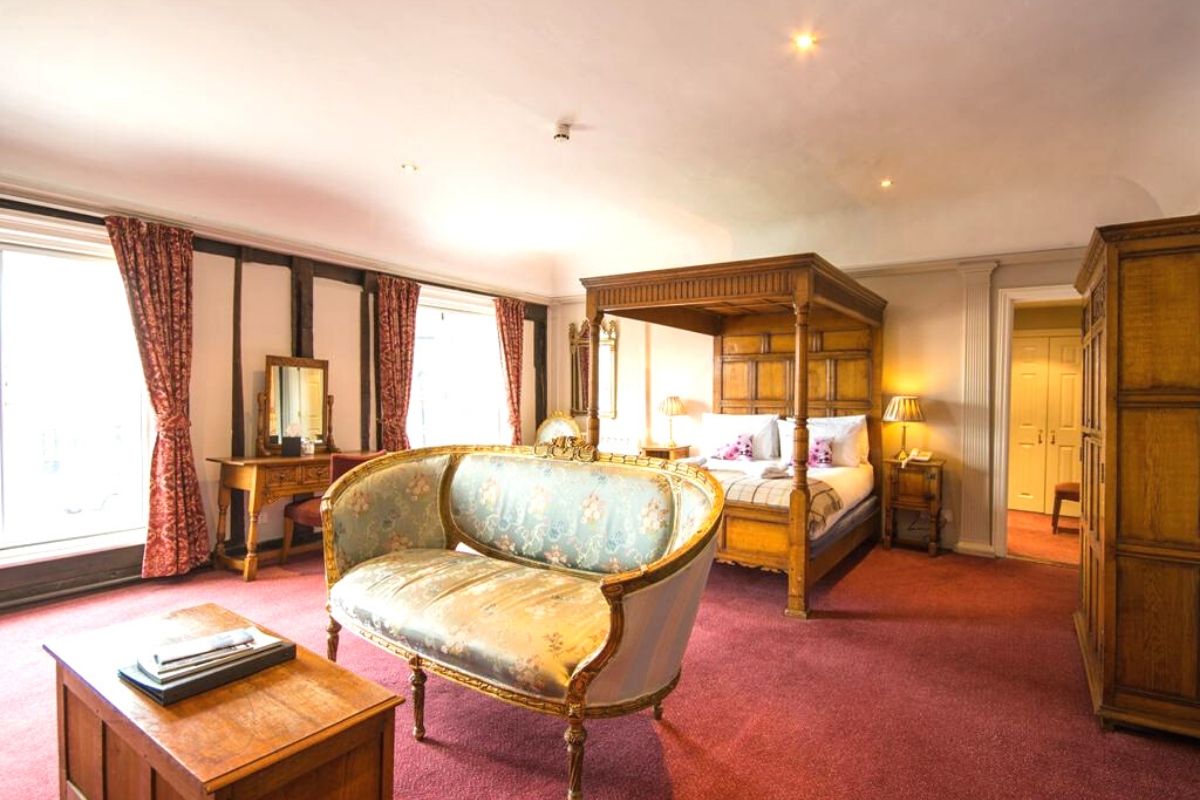 A little out of Framlingham (4 miles) but in one of the most idyllic spots in Suffolk. Set on the River Deben, Letheringham Mill Cottages are the perfect place to stay in Suffolk. I can personally vouch for how lovely it is here.

My grandparents used to own Letheringham Watermill and I spent so much time here enjoying the beautiful gardens and taking rowing boats out on the river. (Obviously, care needs to be taken if visiting with small children).

If you stay here, you can’t miss visiting Easton Farm Park. Another great day out with kids on a working Suffolk farm with extra fun activities for kids (and an indoor play barn in case of rain)! 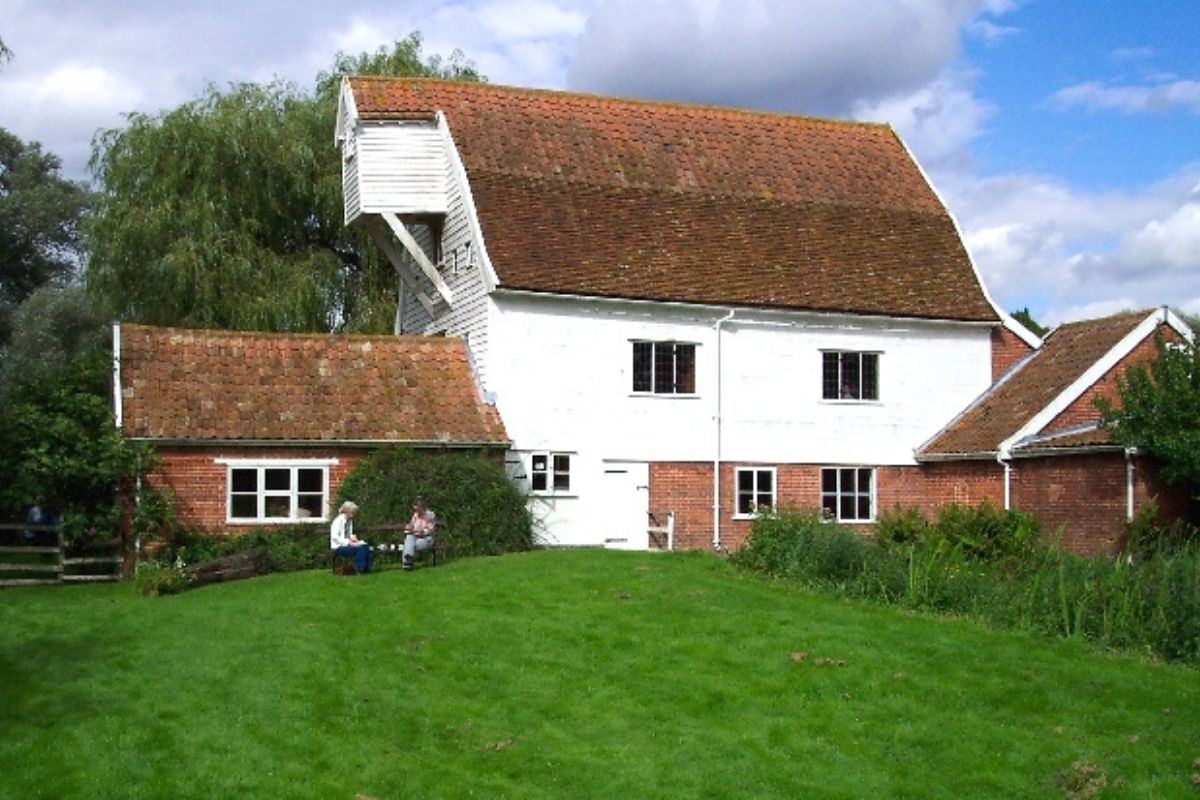 If you’re looking for a glamping experience near Framlingham, you should have a look at Lanterns & Larks in Sweffling. It’s only 4 miles from Framlingham and is a beautiful glamping site in the rural Suffolk countryside with luxury safari tents.

If you like the sound of visiting Easton Farm Park, why not check out their ‘udderly’ unique glamping pods (no, that wasn’t a spelling mistake!). The kids are bound to love the cow-inspired pods. You’ll have to take a look to see what I mean! They also have a campsite which makes it onto our top recommendations for family-friendly campsites in Suffolk.

Looking for other things to do in Suffolk? Make sure to check out some of the fabulous beaches in Suffolk, some of which are the best beaches in the UK for families.

Thinking of visiting neighbouring Norfolk? See which Norfolk beaches we recommend and don’t mis out on BeWILDerwood, one of the best family attractions in the UK.

The 16 Most Impressive Castles In England

The 10 Most Impressive Castles In Kent

25+ Things To Do In Aldeburgh And The Local Area

30+ Things To Do In Southwold And The Local Area 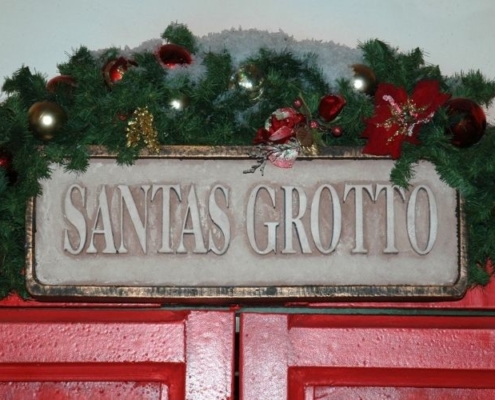 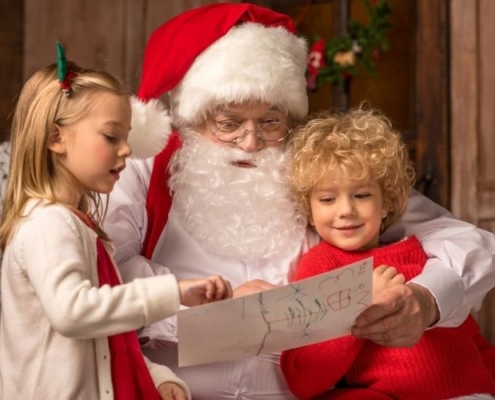 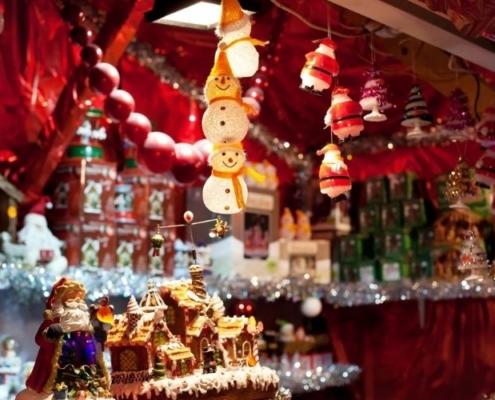 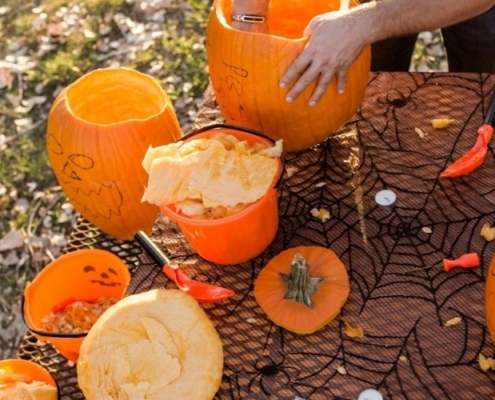 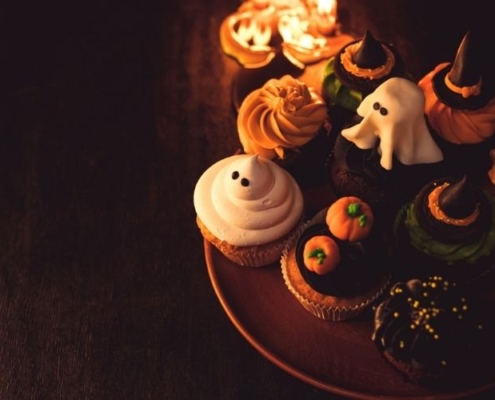 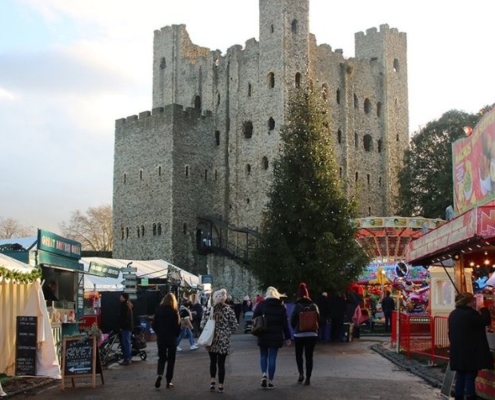 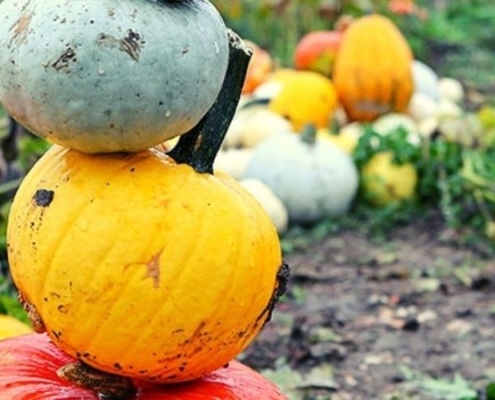 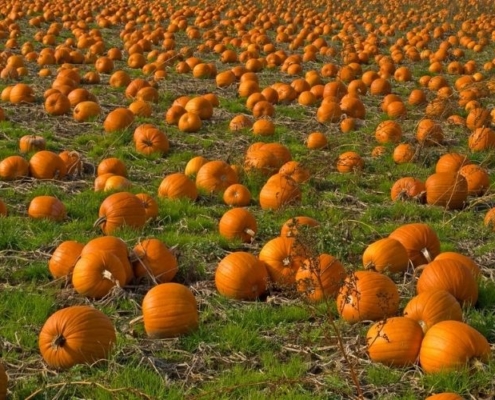 BeWILDerwood Review: An Enchanting Day Out in Norfolk
Scroll to top