Iceland In October: What To Expect & Why It’s The Best Time To Go

This post contains affiliate links. If you click on one and buy or book something, we may earn a small commission but this is at no extra cost to you. 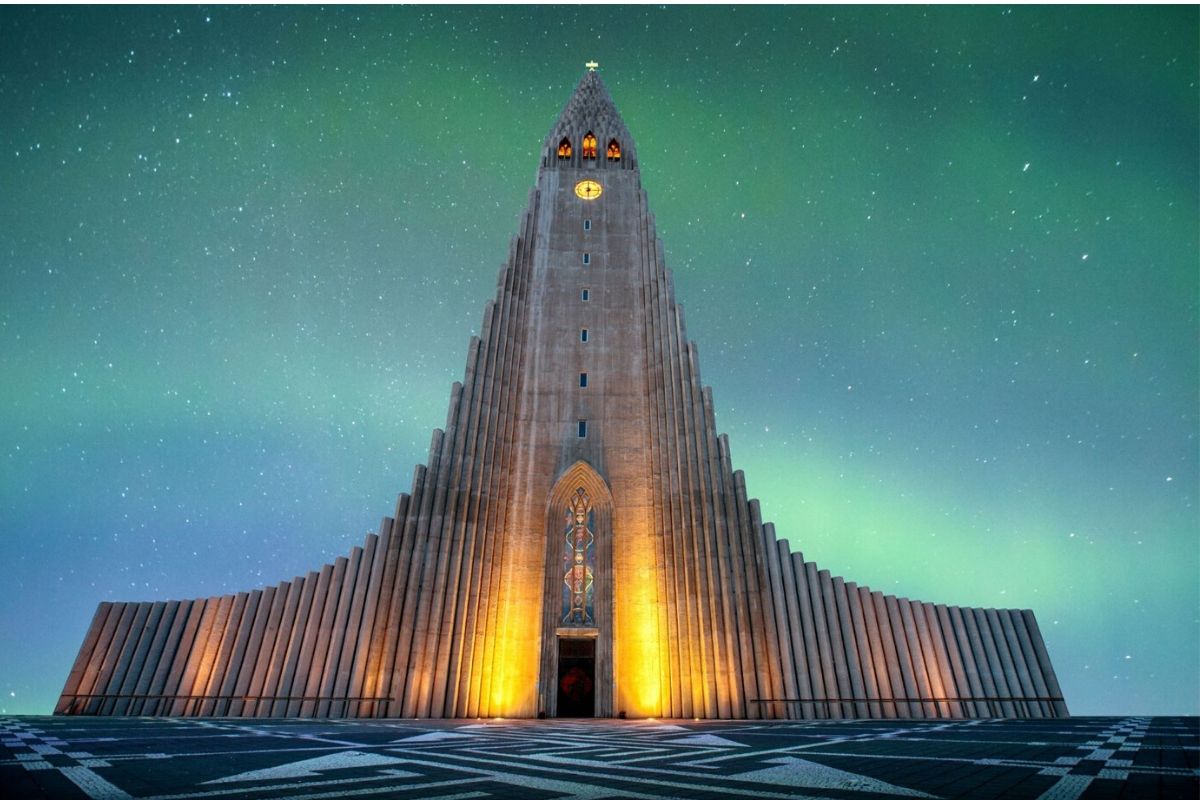 Hallgrimskirkja in Reykjavik with northern lights

Don’t forget to grab an Iceland travel guide to help with your planning.

The Rough Guide to Iceland (Travel Guide with Free...
£9.95
Buy on Amazon
Sale 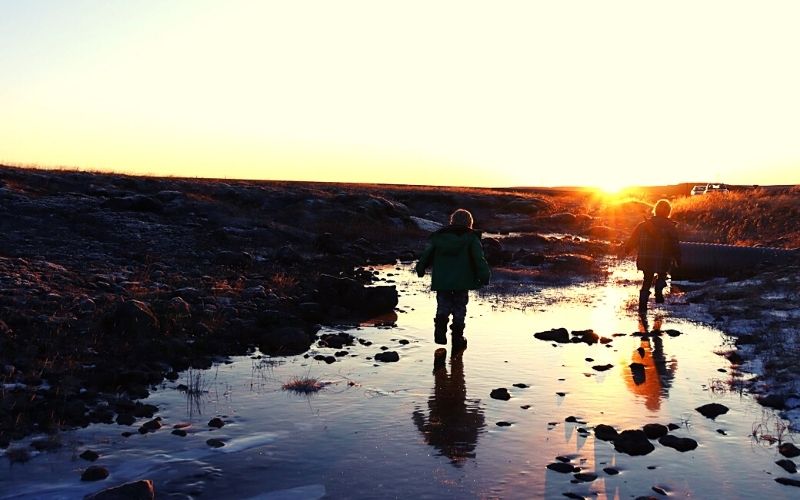 Loving the ice in Iceland in October

Weather in Iceland in October

The weather in Iceland in October is nothing short of unpredictable. We experienced four seasons in one day and went from glorious sunshine for the first half of our 6 day holiday in Iceland to overcast and rainy for the second half.

The average temperature for Iceland in October is between 2 degrees (36F) and 7 degrees (45F) Celsius but with the wind and rain that you can often encounter, it can feel a lot colder. That being said, there were a couple of days when we were enjoying fabulous sunshine, 15 degrees Celsius and exploring in a t-shirt and a fleece top.

Although we didn’t see snow falling in October, there was a dusting of snow, particularly at the Gerduberg Cliffs in the Snaefellsness Peninsula in the north west of Iceland. It was also incredibly windy on the day we arrived. We struggled to even stand up during big gusts of wind. If you are hiring a car, there are usually clauses about sheltering the car from wind damage. See more below on this. 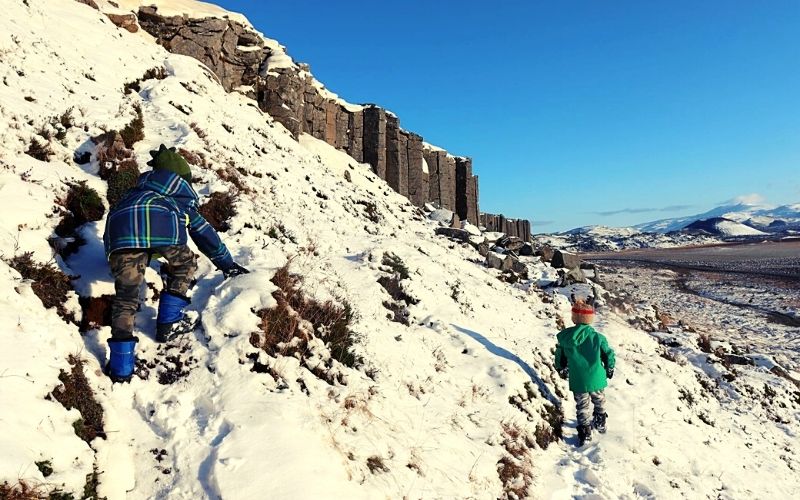 Snow at the Gerduberg Cliffs in the Snaefellsness Peninsula

What to wear in Iceland in October

Considering the rather erratic weather you can experience in Iceland in October, it is best to pack and layers. Believe it or not, there were days when we were wearing t-shirts.

What to pack for Iceland in October: 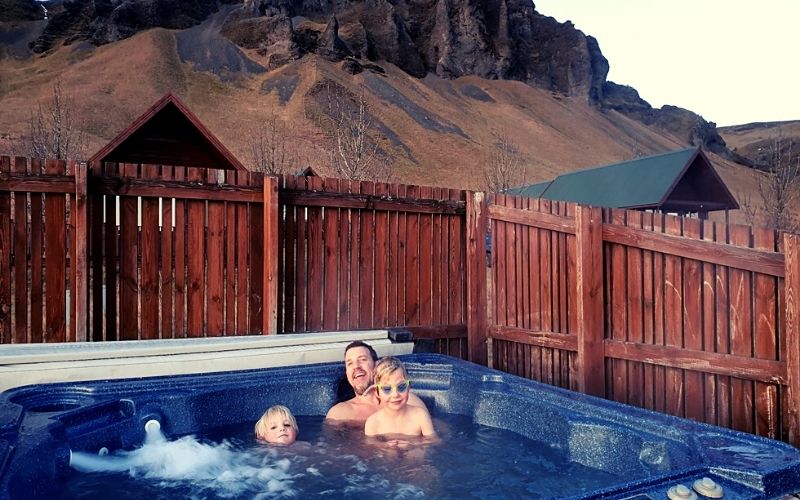 Things to do in Iceland in October

There are a few exceptions and it is easiser to name the exceptions than to list everything that you can do! 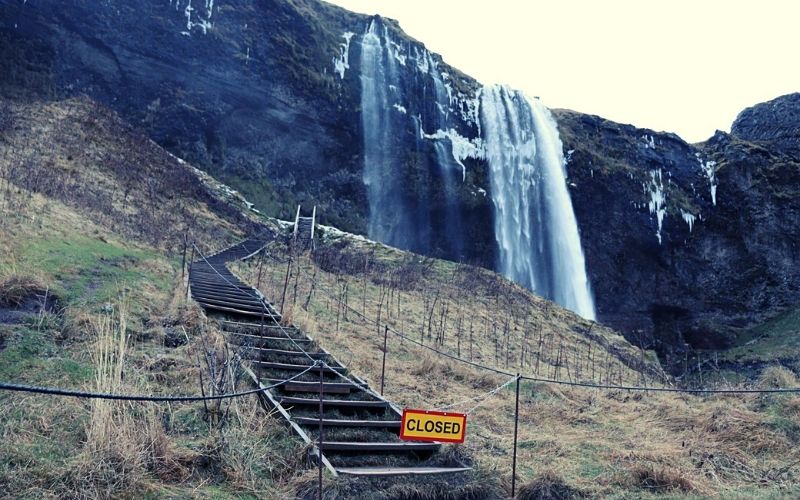 Best things to do in Iceland in October

The waterfalls in Iceland are some of the best in the world. It is thought that there are over 10,000 of them and each one is unique. Most of them are easily accessible through October, particularly the ones that are located directly off the Golden Circle or the Ring Road.

You may find towards the end of October when the temperatures decrease that paths become slippery and some of the smaller waterfalls get iced up, but they are still a beautiful sight and should be top of your list of things to do in Iceland. 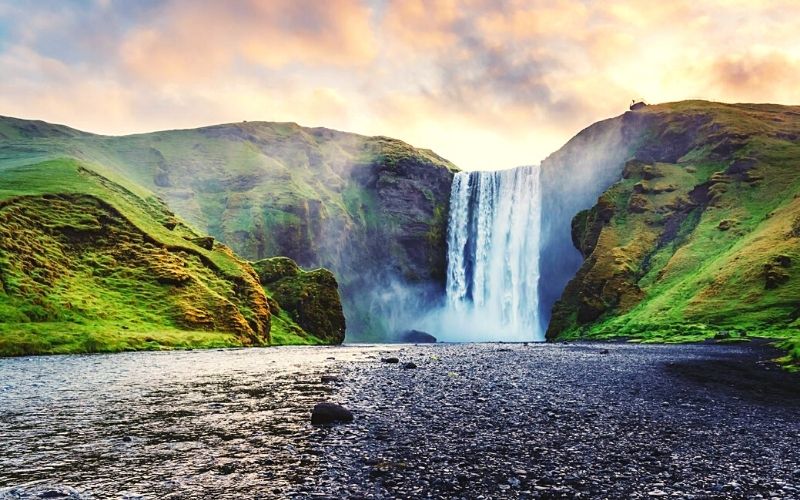 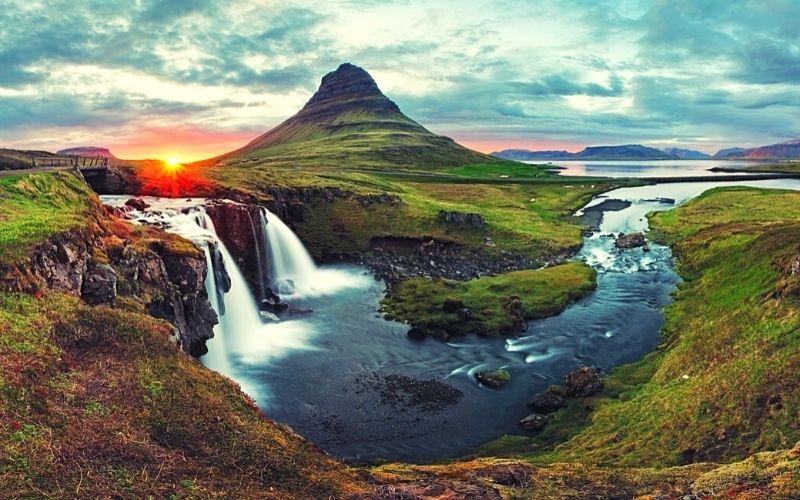 Many of the beaches in Iceland have black sand. The black sand is formed from lava eruptions reaching the sea and cooling instantly. It really is a striking sight.

The most famous Black Sand Beach is Reynisfjara in the south of Iceland near Vik. Here you will also find black hexagonal basalt columns at the east end of the beach. The water in Iceland is very cold and in some places including Reynisfjara, it is very dangerous to swim in. It is even dangerous to get close to the waters’ edge because of sneaker waves.

Please do not underestimate how dangerous they can be. A few tourists have lost their lives here. This advice holds all year round, not just in October. 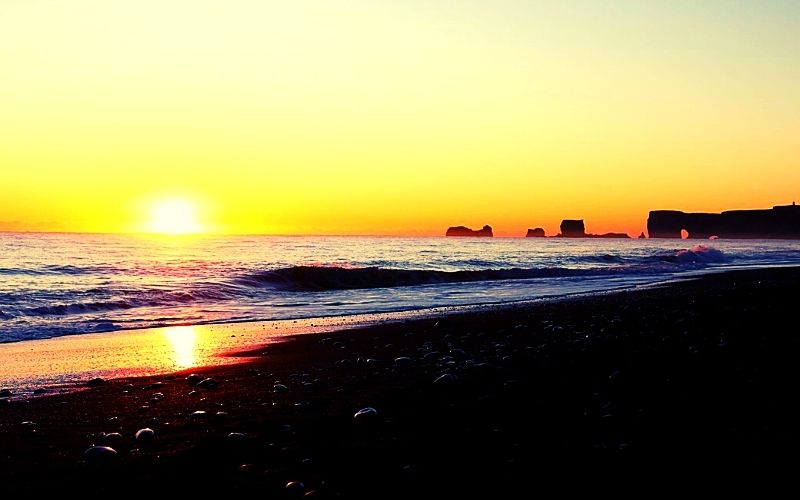 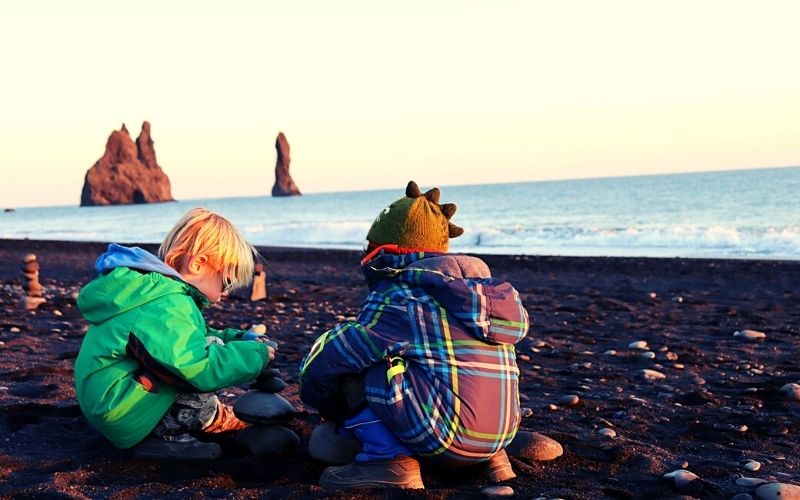 Kids enjoying the novelty of a black sand beach 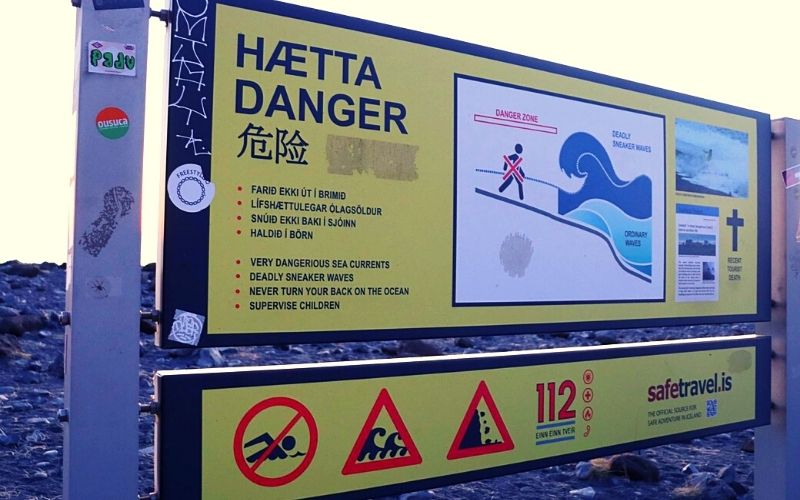 Diamond Beach is another black sand beach but this one is special because it is littered with chunks of ice that looks like diamonds (hence the name) and is spectacular. It’s located in the south of Iceland between Hof and Hofn and next to the famous Jokulsarlon Glacier Lagoon. Read here for more information on visiting Diamond Beach.

If you can get here around 9 am, you will beat the tour buses coming from Reykjavik and possibly catch the sunrise. 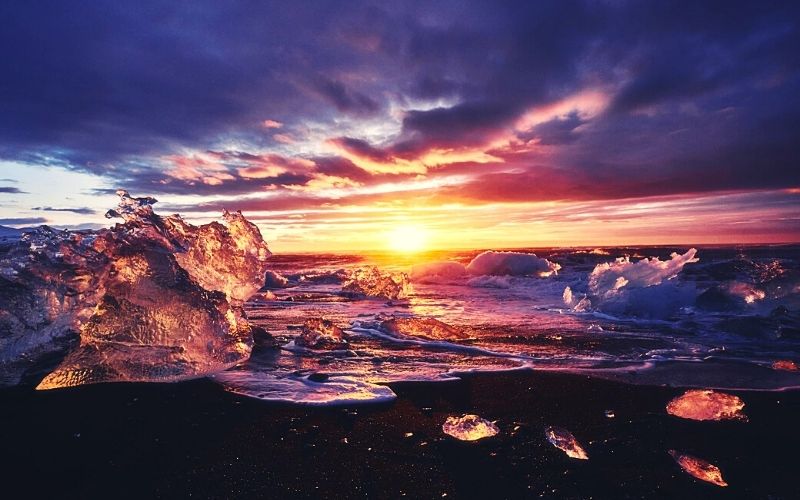 Skogar Museum – one of the largest and most popular museums in Iceland with regional folkcraft exhibits and historical buildings, including traditional Icelandic Turf Houses. It is located right next to the famous Skogafoss Waterfall.

The Settlement Center – the center is dedicated to recreating Iceland’s earliest days including the settlement of Iceland by viking sailors from Scandinavia. It is located in Borgarnes which is about one hour north of Reykjavik.

See also the Settlement Exhibition in Reykjavik and the National Museum of Iceland in Reykjavik.

Whilst October is at the end of the peak whale watching season in Iceland (peak season is from April to October), there are still whale watching tours running. This is because there is a chance of seeing the stragglers among these migratory animals.

The advantage of taking a whale watching tour in October is that the boats are much less busy than during the winter months.

The species of whale you might expect to see in Iceland in October are:

You have more of a chance of seeing Humpback whales from Husavik than Reykjavik, although not guaranteed.

You can’t come to Iceland and not have a dip in one of the many natural hot springs. Although the weather is cooling down a lot during October, it is really refreshing to brace the cold before jumping into the pool to warm up. Getting out again is another matter – but a fun experience nontheless!

Some hot springs are more commercial than others. You’ll no doubt of heard of the famous Blue Lagoon.

If the Blue Lagoon prices (and the fact that it is incredibly busy) put you off, then we highly recommend the Secret Lagoon as an alternative.

The Secret Lagoon is Iceland’s oldest swimming pool. Some tour buses stop here on a Golden Circle tour as it is close to the hugely popular Gullfoss waterfall, so try to get there early in the day and you might have the place almost to yourself in October! 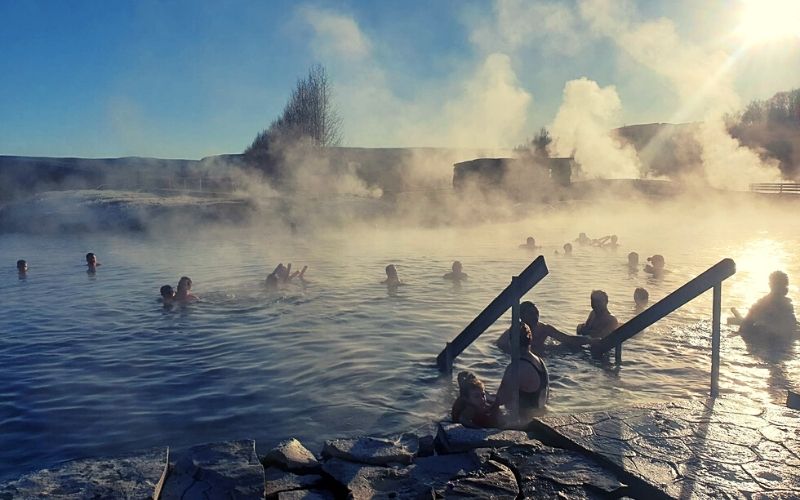 An alternative to the hot springs are the public swimming pools. They are geothermally heated and have jacuzzis and saunas. It is really inexpensive compared to the Hot Springs and often not busy at all during the day in October. We can recommend two in particular.

They have a lovely warm pool which is great for lap swimming, three hot tubs of varying temperatures, water slides and a couple of saunas. 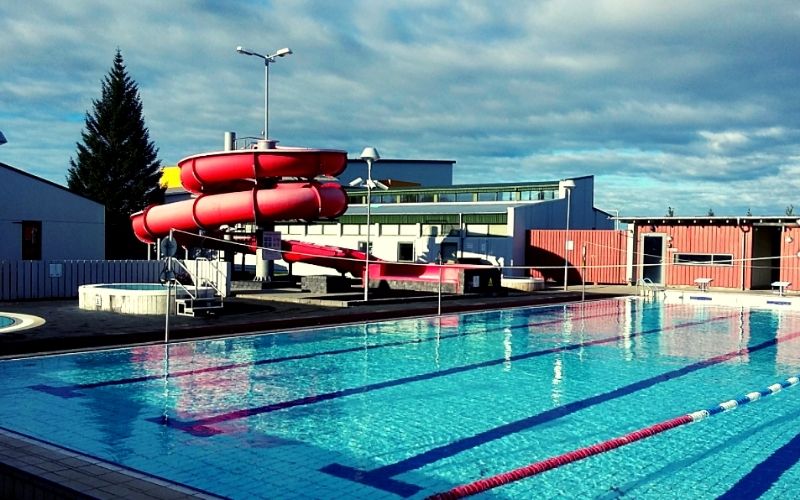 The Laugardalslaug in Reykjavik is enormous with and indoor pool in case you don’t feel like braving the cold. There are too many facilities to mention so check out their website. It really should be on your list of things to do in Reykjavik. 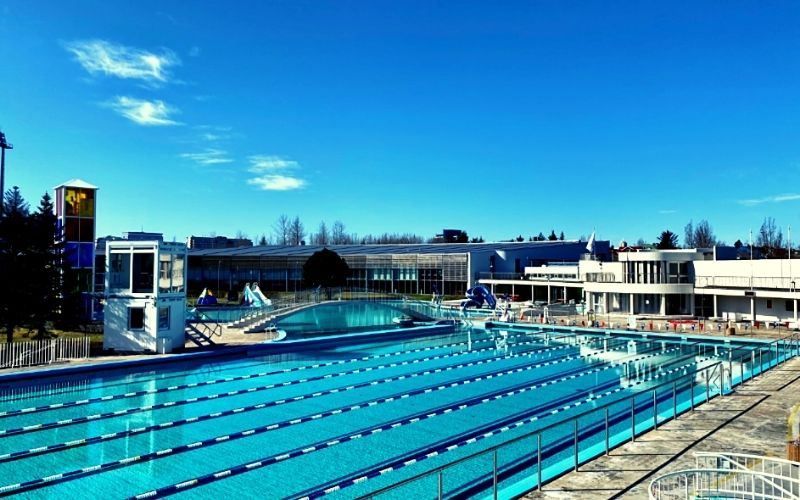 If you’re visiting Iceland in October, you should try to take a Northern Lights tour. You may be lucky and just see them yourself if you are staying out in the middle of nowhere, but if you want a better chance of seeing them, you can arrange to go on a tour. There are various types of tours including boat trips.

Driving in Iceland in October

The main roads (Ring Road or the Golden Circle) in Iceland in October are in great condition. They are paved and we heard that they are even geothermally heated which helps keep them clear of snow. 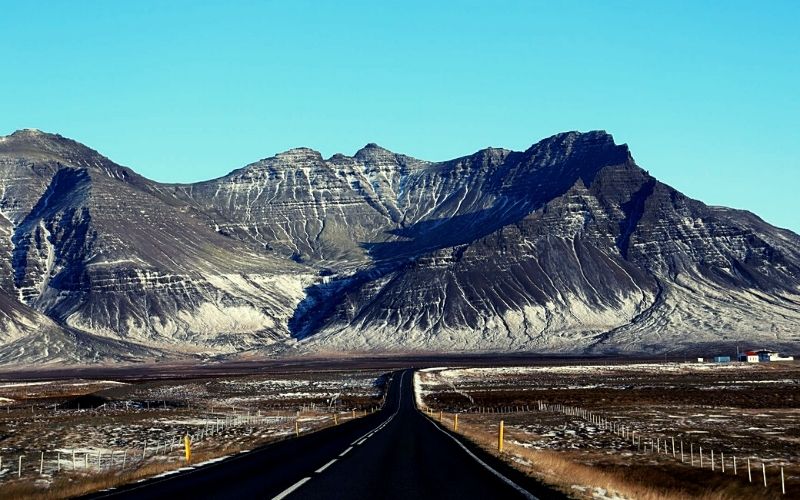 The Ring Road in Iceland in October

The main thing to know about driving in Iceland in October is that, due to the unpredictable weather, you may encounter snow, in which case you will probably feel safer hiring a 4×4 and you should have snow tyres. We recommend the Dacia Duster which has better mileage economy than most. If you are going to hire a car and do a self-drive tour, there are a few things you should know and we have detailed them in our renting a car in Iceland post.

We found that we didn’t need the 4×4 after all but it was nice and spacious and allowed us onto smaller tracks that we wouldn’t have been able to explore with a 2WD. One tip we have about hiring a car is that we actually felt better having a slightly older car with some damage. That way, any small damage we incurred would not have been so noticeable. 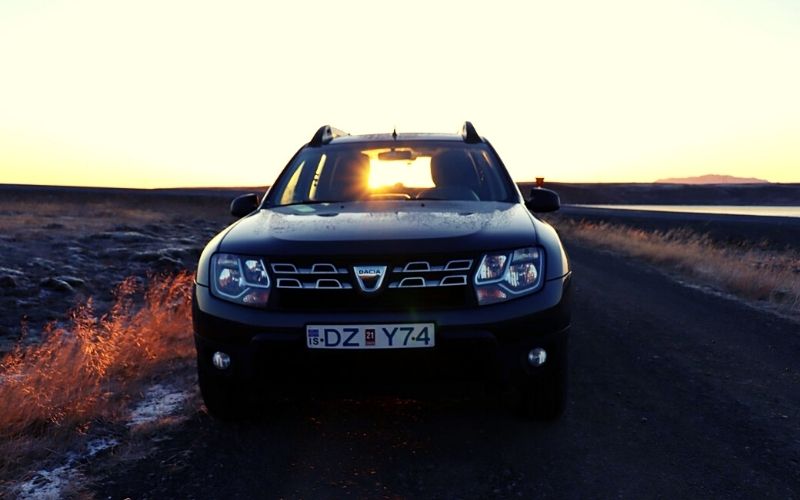 Daylight hours in Iceland in October

The days are short but not so short that you can’t get much done. At the beginning of October, you will get around 12 hours of daylight but this decreases to around 8 hours towards the end of October.

The Rough Guide to Iceland (Travel Guide with Free...
£9.95
Buy on Amazon
Sale

Where to stay in Iceland in October

We chose to stay at the Icelandair Hotel Reykjavik Natura and then opted for self-catering accommodation as we explored the south of Iceland. We stayed at Horgsland Self-Catering cottages and The Garage.

Booking.com has a great range of accommodation in Iceland. 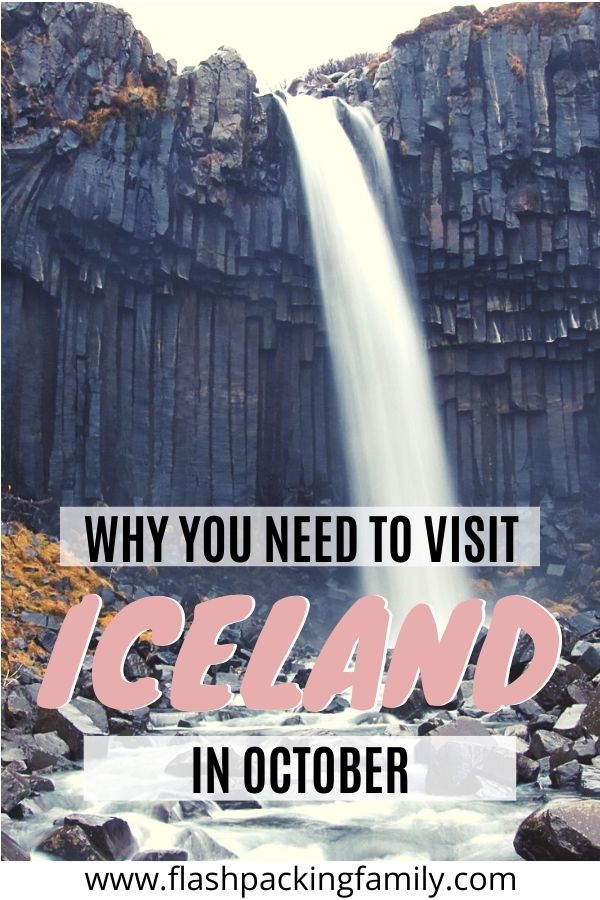 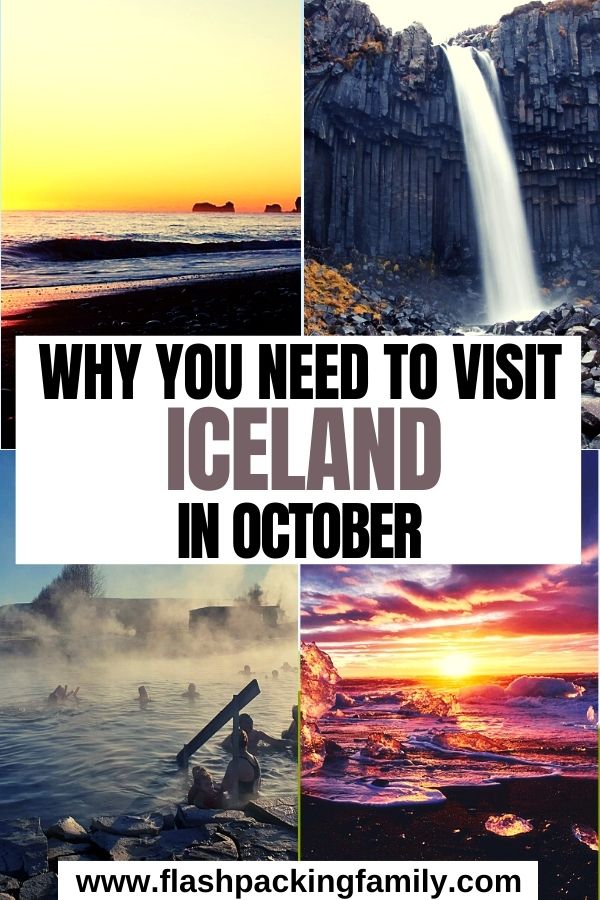