The 11 Best Things To Do In Rye, East Sussex

We don’t normally choose to go somewhere that has been massively hyped in case it is a huge let down. Being on Instagram, we have seen many a beautiful photo of Rye in East Sussex but you know how Instagram can be…

We decided to make an exception when we were on a UK staycation visiting Leeds Castle, one of the most beautiful castles in Kent. We thought we might as well take a look, especially as we were heading for some beach time at Camber Sands which is only a couple of miles away from Rye.

I’m glad we listened to the hype.

Rye is absolutely beautiful and fully deserves to be named one of the most beautiful small towns in England. We also found that there were lots of lovely things to do in Rye.

If you’re looking for a great day out from London, Rye is the perfect choice. 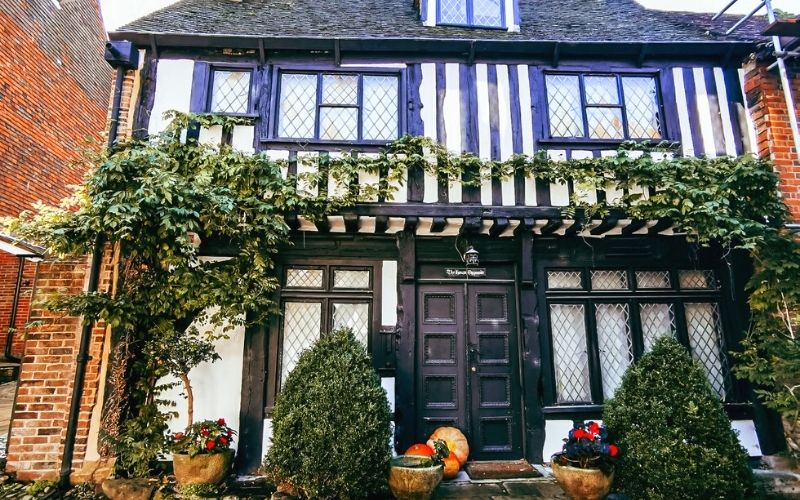 Rye lies at the confluence of three rivers; The Rother, Tillingham and Brede and played a vital part defending the country for hundreds of years as well as being an important trading port.

It is one of the Cinque Ports which is a group of maritime towns on the coast of Kent and East Sussex where the English Channel is the narrowest. They were set up to help defend the country against attacks from the French.

Rye has had a colourful history and as well as being an important defensive town, it was also a famous pirate town in the 13th century and was rife with smuggling.

Until the 16th century, Rye was an island and was only accessible by its Landgates at high tide but the recession of the sea caused a build up of silt and the creation of Romney Marshes. Romney Marshes are now an important habitat for a large variety of wildlife. 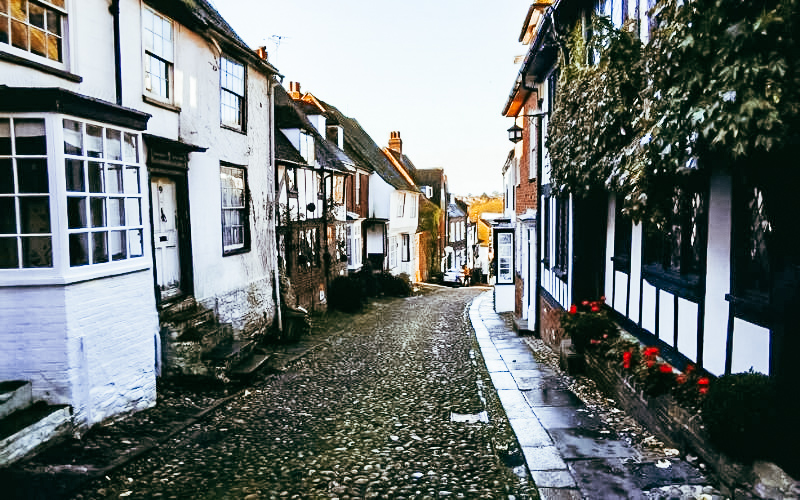 Here are the best things to do in Rye

Being a small town, however, you might be wondering about the things to do in Rye. We would say that you could spend a morning visiting most of the sights.

Alternatively, ou could also make it a day trip by adding in a coffee stop, lunch and a trip to neighbouring Camber Sands.

1. Head to the Tourist Information Office

First of all, head to the Tourist Office and pick up one of their lovely hand-drawn maps of Rye. They are only £1 and make a great souvenir.

You can also ask if there are any local events going on that might be of interest. When we were there it was close to Halloween and they were running guided ghost walks. 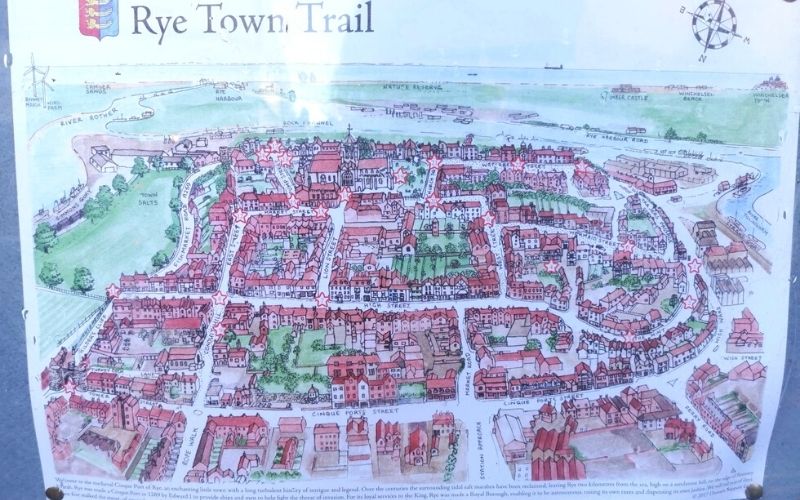 Map of things to do in Rye

I would wager a bet that the majority of people come to Rye to see Mermaid Street. It’s the street that you see on all of the photos of Rye and is possbily the most photographed street in England.

The quaint, cobbled hill with impossibly cute medieval half-timbered houses lining either side.

It is home to the Mermaid Inn and lots of other historical houses. Whilst is may now be one of the most desirable streets in the country, it wasn’t always this way.

Hundreds of years ago it was the main route from the River Brede into town and was no doubt used by smugglers.

Just a note – the cobbles can get very slippery when wet so please be careful. 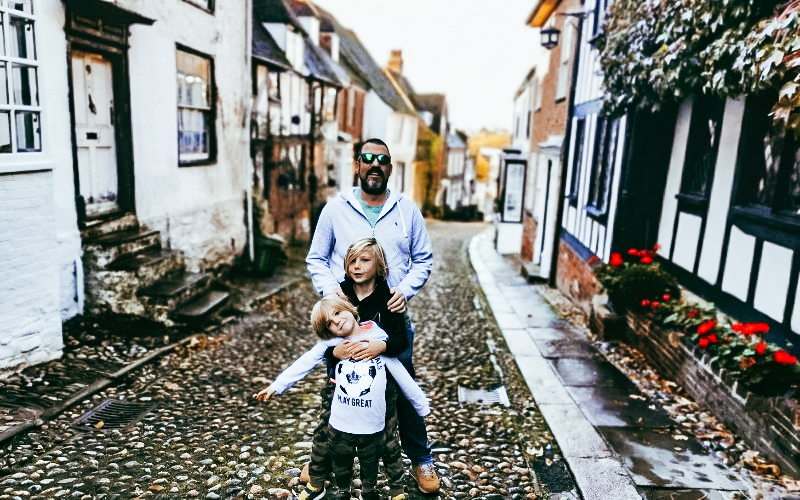 3. Have a drink or a meal in The Mermaid Inn Rye

The Mermaid Inn is a Grade III listed 600-year-old Tudor inn. Its cellars dates back to the 12th century, but it was destroyed in an attack by the French in 1377 when most of Rye was destroyed.

It was rebuilt in 1420 and has had a rich and colourful history. It is reported that the Hawkhurst Gang, a bunch of smugglers, frequented the inn.

A girlfriend of one of the smugglers, also a maid in the inn, was murdred by a fellow gang member and is said to haunt the inn.

There are 31 unique rooms to choose from, each with sloping ceiling and creaking floorboards. If you’re looking for Rye hotels with a bucket load of English history, you’ll get it here.

The Mermaid Inn in Rye

Lamb House is a National Trust run property in the centre of Rye and is one of the most popular things to do in Rye. It is an important connection to the literary world, having been owned by author Henry James and E.F. Benson.

It has also had famous politicians and even royal guests stay. As well as the fascinating rooms in the house, there is a lovely walled garden to explore, one of the largest of its kind in Rye.

You can find Lamb House by taking a right onto West Street at the top of Mermaid Street. 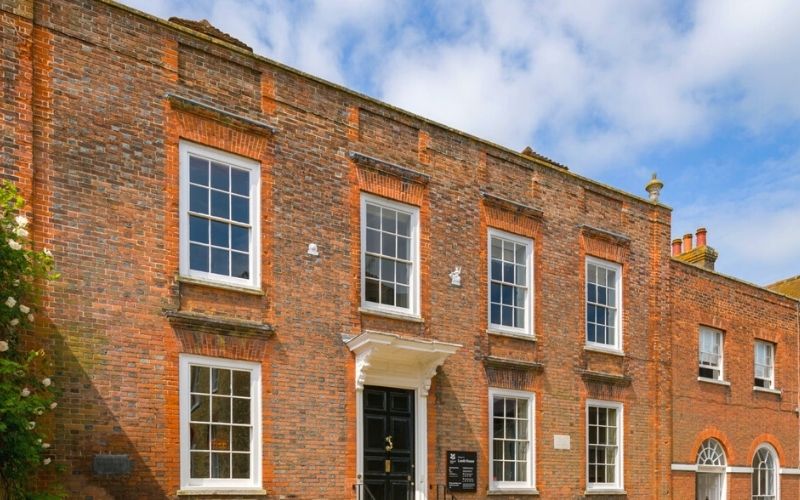 Dating from 1329, the Landgate is the only surviving of four fortified entrances to Rye that were built to defend Rye from the French. 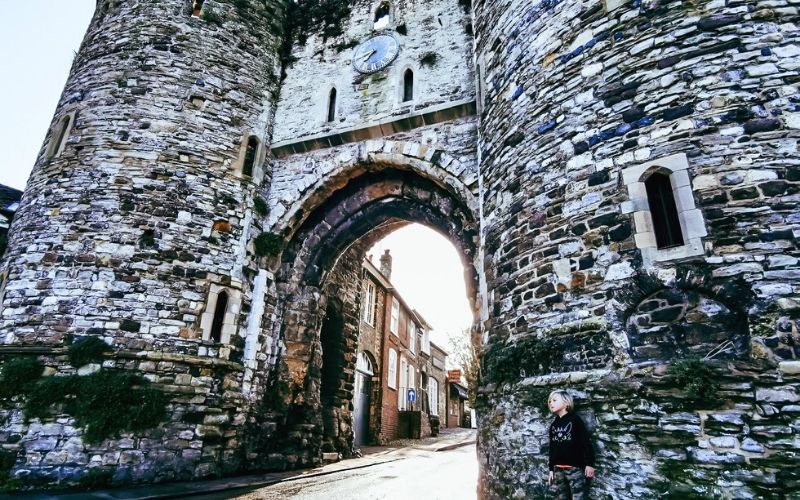 900 year old St Mary’s Church lies at the heart of Rye on top of the hill. For £2.50 you can climb the bell tower for a magnificent view over the red-tiled rooftops of Rye and the surrounding area. 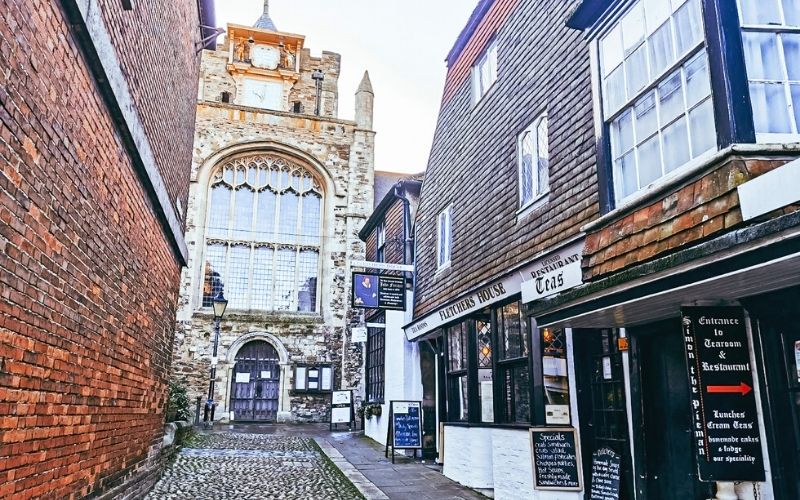 At the Rye Castle Museum you can learn about the Tower’s roles through the last nine hundred years.

Ypres Tower was commissioned by Henry III to help in the defence against the French. It was also a private home, prison, mortuary and today, a museum.

You can climb the tower to check out views over the town and the Rye Harbour Nature Reserve. There are various exhibits in the tower from Rye’s past including a model showing how the shoreline has changed, a rare smuggler’s lamp and a medieval herb garden. The prisoner cells can also be explored.

The museum is very child-friendly and they are encouraged to get hands on with some of the exhibits, including some medieval weaponry.

Tickets are £4.00 per adult and children under 16 go free but must be accompanied by an adult. 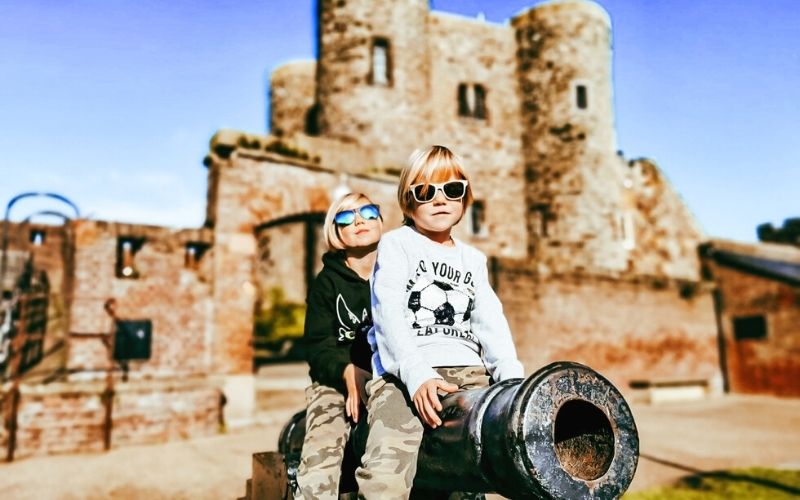 This beautiful little town would not be complete without a handful of art galleries and antique shops. If this is your thing, you won’t be disappointed.

As you’ve probably established, Rye is a great little place for wandering down cobbled lanes and with all that wandering, you might want to treat yourself to a little English tea and cake.

Ones to look out for are quint coffee shops like The Outlook Tea Rooms on Watchbell Street where you can have a traditional British Afternoon Tea.

Once your energy levels are restored, you can head down to Rye Harbour. 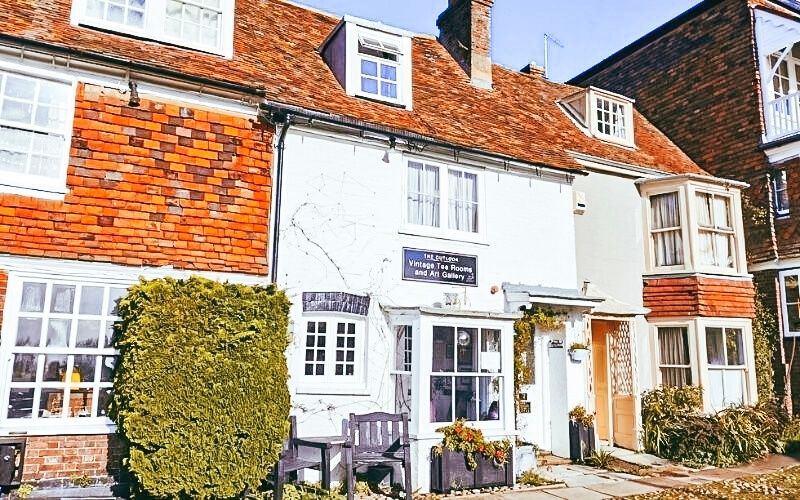 Rye Harbour Nature Reserve is a 465 hectare reserve formed of predominantly low lying marshland. It’s a lovely place for a walk or a cycle by the sea.

It should be top of the list of things to do in Rye for for wildlife enthusiasts as the area is rich with coastal birdlife with some rare sightings.

Camber Castle (also known as Winchelsea Castle) is located in Rye Harbour Nature Reserve. It was built by Henry VIII in 1544 to guard the port of Rye.

It is an artillery fort and the curtain walls form an interesting flower shape. Inside the castle you can explore brick-vaulted tunnels

It is only accessible by a 1-mile walk from Rye through the nature reserve. Entrance costs £3.00 for adults and it is free for children under 17 (and English Heritage / Sussex Wildlife Trust members). 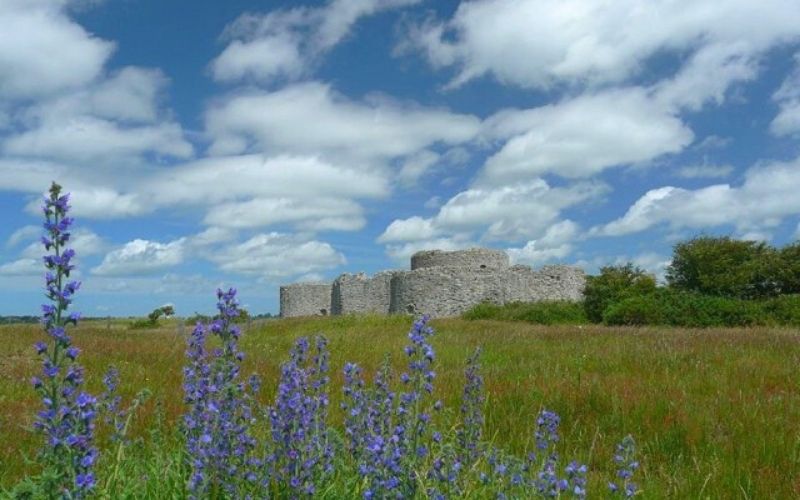 Although not tecnhically one of the things to do in Rye, Camber Sands is just a couple of miles away and is one of the best beaches in the UK  and should not be missed.

You can either take a stroll from Rye (it’s about 3 miles each way) or hop on a bus (line 102 which takes about 15 minutes).

If you’re looking for a sandy beach destination for a UK staycation break, Camber Sands is the place to go. It’s very popular with horse riders and dog-walkers.

It is also very easy to get here from London in case you are looking for beaches near London for a day trip from London with kids.

If you are driving, there are three main pay and display car parks:

At low tide, the water goes a long, long way out, so be prepared for a long walk if you want to reach the water’s edge. It’s best to check the Camber Sands tide times before you go. 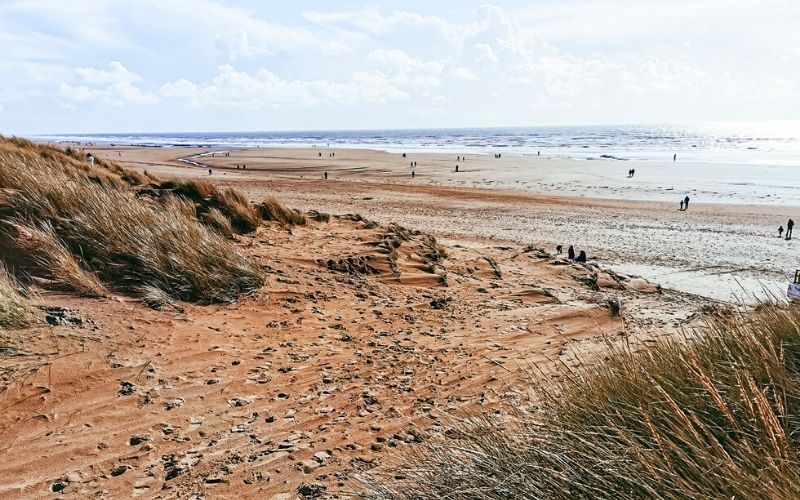 If you’re wondering where to stay in Rye, we have some great suggestions for hotels in Rye for you.

Read more: The 12 Best Places To Visit In Kent 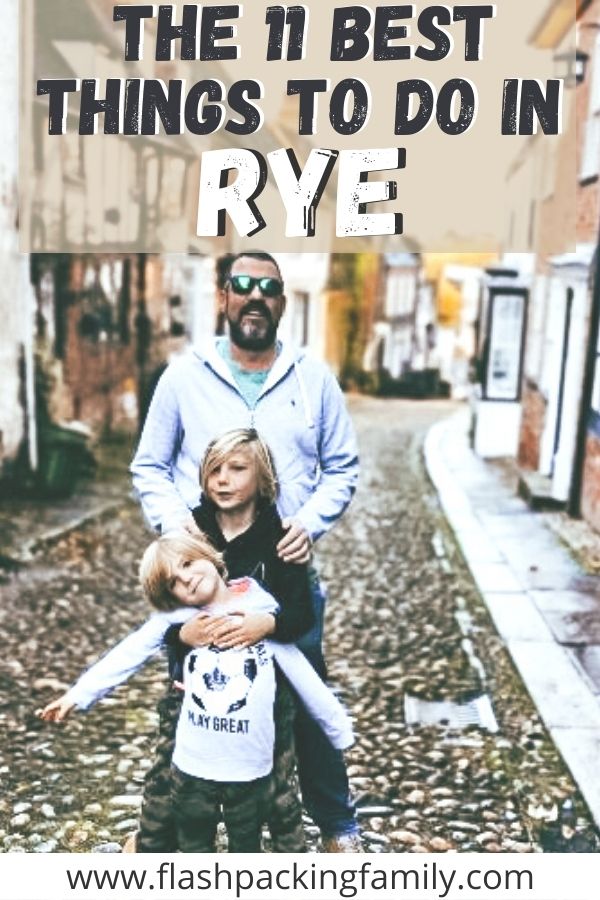 The Best Things To Do In Reykjavik With Kids In 2023

Leeds Castle Review: The Loveliest Castle In The World
Scroll to top